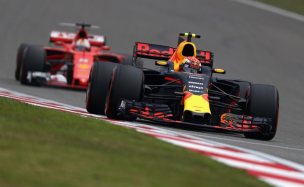 Ever since 2014 I’ve believed that there was something special about Ricciardo and after his performance in China this year it is now clearer more than ever that this 28-year-old has the capability to be one of the best in the world.

Ricciardo has never had an easy win, every win he’s had he has had to fight for and prove his worth, this stands in stark comparison to the likes of Lewis Hamilton and Sebastian Vettel.

If you’re car is the best out on track then chances are you’ll be miles ahead of the rest of the field, as demonstrated by Mercedes these past few years and Red Bull the years before that.

Now I’m not saying that Hamilton and Vettel don’t deserve those wins, they have fought hard in the past and proven their ability both in F1 and in the lower Formulas.

However, there is something to be said for a driver who can come through the field and deliver in a car that arguably doesn’t meet the standards of the Mercedes and Ferrari.

In fairness, Ricciardo did have a tyre advantage in China and that can go a long way in Formula 1 but when it comes down to it, he executed those overtakes. They were performed seamlessly and it was his talent that allowed him to.

So where should he go to win this world championship? In the ideal world I’d love to see him do it at Red Bull, I live for some competition in F1 and could think of nothing better than a strong championship race between Red Bull, Mercedes and Ferrari.

These next few months are key for Ricciardo and the decisions he makes could lead him to a World Championship next year.

Oh and one other thing, it’s not just that he deserves to be World Champion, I want him to be… think of the shoey! Think of the smile!